My father Sam Weller’s methods of teaching were momentary. He was a man of action and I took as much knowledge from him as he offered me. I had assisted him with house calls to buy book collections since childhood and one day in the late 1980s, without fanfare, he said, ‘I think you’re ready to make book deals without my help now.’ Wow, did persons who know so little really get to do this stuff? 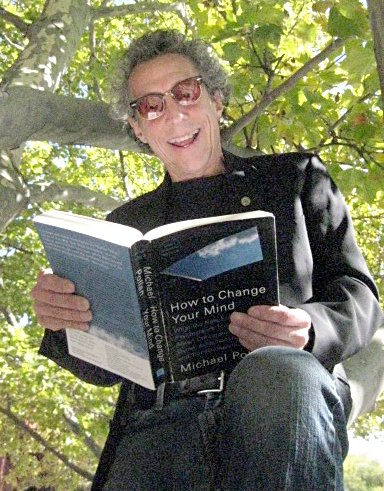 years it made me rather nervous, but after handling a few hundred collections of books, I learned to navigate without the chimera of perfect knowledge. Before I fully realized that my forbears didn’t know it all and neither could I, I started analyzing the traits that affect interest in books. It quickly became philosophical, because understanding the value of books is nothing less than an inquiry into human desire tempered by less interesting factors of supply and demand. I listed traits that affected value and defined each carefully. Eventually, I discovered 17 reasons books might increase in value. With these in my pocket, I became more skilled at assessing books I hadn’t seen before. I improved my vision in the dark.

The metrics of the used book trade often frustrate MBAs and accountants. Obviously we try to buy books our customers want. Avid readers will purge their libraries from time to time. Most of the time, I hope books offered to us will be very good or very bad, because the books that fall between clear areas are the hardest to evaluate. Popular titles that have been over-published can be the most challenging. A bookseller would be foolish to not have a copy of Harry Potter and the Sorcerer’s Stone, but he or she would also be foolish to buy unattractive copies of a book one encounters frequently.

If someone has calculated the average lifespan of books, I am not aware of it. But I know that even badly made books last a few hundred years. Book production increased explosively following the industrial revolution in the 19th century. Today we make more books faster than ever before. One can find data on the number of titles published annually but the number of books printed is elusive. However, I believe it is safe to estimate that one billion new books are published each year just for the United States marketplace. That’s almost two books per citizen each year. Add these to the numbers surviving from earlier eras and you understand that each year, extant books outnumber human beings more than the year before.

I feel sentimental about the pre-digital era. There was a time when we had the means to view all books offered to us. By the late 1990’s, we were beginning to scramble, and 20 years hence, we feel like pickers in a growing orchard with fruit dropping faster than we can gather it.

It’s been over a decade since Weller’s adopted appointment-only buying. We perform triage by phone and see as many books as time will permit. A good book buyer must foster vicarious taste and listen to other readers to gain knowledge faster than one can read. One must temper judgments about merit with supply and demand. The buyer must know for which titles editions don’t matter, and have the intuition to know when research is needed.

When someone calls to offer books, we ask how many and what their topics are. Quantity is only about appointment time. Topics lead us to subsequent questions, statements, or the appointment. Money is tighter in this era than earlier and knowing about books before meeting enables us to forewarn sellers that we only give credit for small quantities and common books of low value.

In the 1980s, Sam taught me to buy entire collections. We still sometimes buy whole libraries but only when most of the books are things we need, or if the best books within are highly desirable. Houses where active readers have lived for many years can be packed with huge collections containing unusual items that only surface on the occasion of death. Big collections can require days to evaluate but we like them because those who read a lot often select uncommon and unique books, possibly no more desirable than common titles but not as often over-supplied. When we visit a home, office, or storage unit, we try to leave it looking more orderly than when we arrived. After calculating an offer, we haul books away promptly. Please forgive us if we seem hasty – we have a lot of books to consider.

In most cases, we shun books in less than very good condition. We respect the value of books as much as anyone but with the abundance of certain common titles, there is no market for worn copies. Importance of condition fluctuates according to supply and demand. What sellers might soft-pedal as love is mostly called damage by prospective buyers. Internet databases abound with information, making identification and valuation easier than in former times, but one should always remember that much online data is created hastily, sometimes copied from other listings, often by persons who know less than you. Many online pictures are misleading. When websites stupidly show photos of modern editions with descriptions of old books, they waste a shopper’s time and confidence. The internet is the largest swap meet ever and there are few requirements at the gate.

Marshall McLuhan’s book Understanding Media describes social and functional changes to painting that followed the introduction and disruption of the camera. In the 1980s, I began speculating about similar developments for books following displacement by computers. In 2001, I shared these speculations with Nicholas Basbanes, preeminent historian and chronicler of bibliophilia and found he had the same opinion. The physicality of books remained predictable between the 1940s and the 1990s, with the exception of some fine and smaller presses. I believe the changes in book design and production that started in the 1990s were as often subconscious as conscious. Digital challenges to traditional roles of books caused some authors, designers, and publishers to reevaluate the physicality of their books in exciting new ways. Modern book publishers have made enchanting books that are affordable and artful objects, reminding readers that a book is more than the sum of its words and pictures.

Presently, I am nearly giddy over the handy Collector’s Library editions from Macmillan. I am holding a delightful Leaves of Grass in embossed teal linen with gilt edges. It sells for $12.99! The Tokyo Stories Japanese Cookbook by Tim Anderson and published by Hardie Grant is crazy cool with shocking pink edges, rad gilt décor and poppin’ design throughout.

The booksellers at Weller Book Works are avid readers. The magic in books takes effort to extract. Great books have lasting impact on the souls of readers. Old books are not better than new ones, but when we look back, our view is delimited by the opinions and omissions of history. If old books seem better, it is likely you just didn’t hear about forgotten ones. Some forgotten books were ahead of their own time and may be discovered later. Many esteemed classics were overlooked by contemporary readers but every valuable book started new. Challenges of supply have shifted our practices, but our buyers try to accommodate as many collections as the capacity of our staff and store can sustain. Great books come from every era. We buy the ones we believe are best, ones we believe you will want. We can’t know everything, but we have seen and handled millions of books in our buyers’ combined 79 years of experience, and we pay attention to your taste.