Join us for a virtual event via our YouTube channel featuring Justin T. Call as he reads from Master Artificer. The Silent Gods, Book 2. We're so excited to welcome Justin back! This event will be Tuesday, May 18, at 7 PM MST, on our YouTube channel.

After surviving the destruction of Chaenbalu, new mysteries and greater threats await Annev and his friends in the capital city of Luqura. As they navigate the city's perilous streets, Annev searches for a way to control his nascent magic and remove the cursed artifact now fused to his body.

As Annev grapples with his magic, Fyn joins forces with old enemies and new allies, waging a secret war against Luqura's corrupt guilds in the hopes of forging his own criminal empire. Deep in the Brakewood, Myjun is learning new skills of her own as apprentice to Oyru, the shadow assassin who attacked the village of Chaenbalu - but the power of revenge comes at a daunting price. And back in Chaenbalu itself, left for dead in the Academy's ruins, Kenton seeks salvation in the only place he can: the power hoarded in the Vault of Damnation . . .

Justin Travis Call is a graduate of Harvard University and the author of Master of Sorrows, Book 1 of the Silent Gods series. In addition to being a novice screenwriter and voice actor, Justin is also the CEO of Broomstick Monkey Games and codesigner of Imperial Harvest and Royal Strawberries. When he isn’t reading or writing books, Justin likes boxing, designing tabletop games, and playing League of Legends. He currently lives in Park City, Utah, with his wife, his two sons, his Great Dane (Pippa) and his Saint Bernard-mastiff (Herbie).

We looking forward to you joining us for this virtual event! 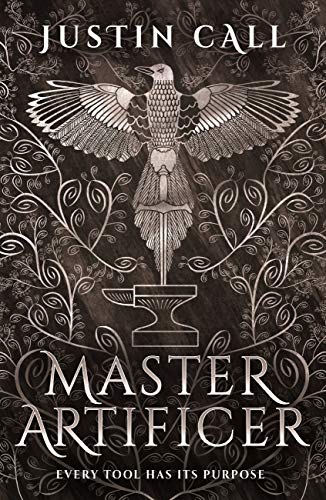