Reading and Signing with Aimee Murphy (Rehumanize: A Vision to Secure Human Rights for All)

Join us Thursday, September 1st at 6 pm for an in-store reading and signing with author of Rehumanize: A Vision to Secure Human Rights for All, Aimee Murphy!

Who deserves human rights? The answer to this question is the crux of all moral and political action in society, and defines our character as individuals and as nations. Murphy and her co-authors seek to answer this vital question in this accessible and succinct handbook on the Consistent Life Ethic, a moral philosophy whose central principle is that each and every human being has inherent dignity, and therefore deserves to live free from violence. Rehumanize includes a digestible yet systematic analysis of the history, ethics, and public policy surrounding modern issues of dehumanization, and casts a rehumanizing vision of a world beyond violence. Beyond the confines of political parties or religious exclusion, the founder of Rehmanize International communicates an aspiration to an inclusive ideal of a consistent movement of every human standing for every human.

“An extraordinary manuscript… Well done indeed! Aimee Murphy has managed to compile a powerful, in depth and scholarly work with extensive research beyond anything I have ever read on the issues. Clearly, it is not an easy read (how could it be otherwise?) and while I am not a scholar, I care very deeply about the core tenets at issue and I have spent a good deal of my adult life publicly advocating and defending them. I wish the success of this remarkable work!” - Martin Sheen, Emmy- and Golden Globe-winning actor known for roles in productions such as The West Wing, Apocalypse Now, The Departed, Grace & Frankie, and The Way

“This book is a must read for all serious human rights advocates. In an in-depth, comprehensive  examination of the life issues in modern society through the lens of The Consistent Life Ethic, a philosophy whereby all humans have the right to live a dignified life free of violence, Murphy calls out both major political parties in the US for their selective (dare I say “inconsistent?) approaches to legalized violence, and connects all the dots with thoughtful evidence and research. Like-minded people who feel politically unhoused will find refuge in this passionate invitation to her organization, Rehumanize International, a movement dedicated to education, dialogue and action towards ending violence against humans while building a culture of life and peace. If you fancy yourself an honest defender of life, pick up this book. We have some serious work ahead of us.” - Jeannie Gaffigan, writer, producer, and New York Times bestselling author

“Aimee Murphy asks the hard questions that test our commitment to protect human life and human dignity. Her primer is intelligent, instructive and incisive about these overlapping challenges we face in today's society.” - Gloria Purvis, host of "The Gloria Purvis Podcast" with America Media and inaugural Pastoral Fellow with the Notre Dame Office of Life and Human Dignity

Aimee founded Rehumanize International (then known as Life Matters Journal) in 2011. After a personal conversion to the cause against abortion as a teen, she embraced the Consistent Life Ethic. Through her work with Rehumanize International, Aimee is reaching people all over the globe with the consistent message of human rights and is creating and engaging in effective dialogue to change hearts and minds. Aimee Murphy was the recipient of the Susan B. Anthony List Young Leader Award in 2014 for her trailblazing pro-life leadership. Her work with Rehumanize has been featured in such media outlets as The Atlantic, The New York Times, VICE News, Cosmopolitan, Marie Claire, Slate, MSNBC, and many more. After 10 years of leading the organization through many changes and expansions, Aimee stepped down from her role as Executive Director in 2020 and now serves as the Director of Publications. She lives in Pittsburgh with her profoundly supportive husband, their dog, and (in the spirit of radical hospitality) whichever friends wander into the Murphy household.

Rehumanize: A Vision to Secure Human Rights for All (Paperback)

Who deserves human rights? The answer to this question is the crux of all moral and political action in society, and defines our character as individuals and as nations. 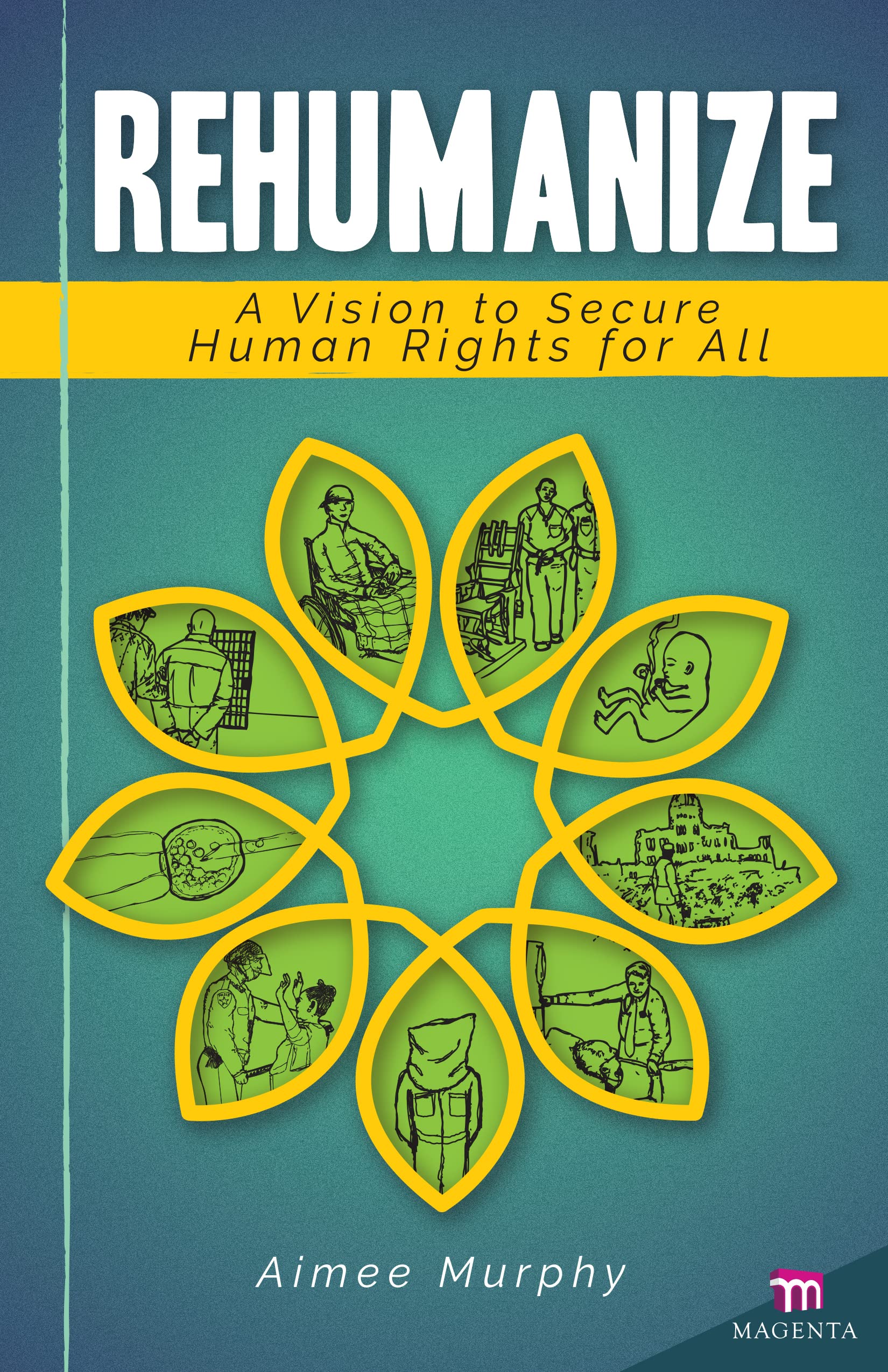