THIS EVENT HAS BEEN CANCELLED. Please join us in store Saturday, April 11, at 2 PM, for WRITING VIOLENCE: A Creative Writing Workshop for Survivors of Domestic Violence. The workshop will be facilitated by Kaitlin Wisel, author of Driving in Cars with Homeless Men.

Every year approximately 80 Utah children witness the murder or attempted murder of their mother*.

Since 2000, at least 42% of adult homicides in Utah were domestic violence related*.

In Utah, 1 in 3 women have exprienced domestic abuse or intimate partner violence in their lifetime*.

The statistics are staggering, and those listed here are just the tip.

Kate Wisel is the author of Driving in Cars with Homeless Men, winner of the 2019 Drue Heinz Literature Prize, selected by Min Jin Lee. Her fiction has appeared in publications that include Gulf Coast, Tin House online, New Ohio Review, The Best Small Fictions 2019, Redivider (as winner of the Beacon Street Prize), and elsewhere. She was a Carol Houck fiction fellow at the University of Wisconsin-Madison and awarded scholarships at Writing x Writers, the Wesleyan Writer’s Conference, the Squaw Valley Writer’s Workshop, the Juniper Institute and elsewhere. She lives in Chicago where she teaches at Columbia College Chicago and Loyola University.

Ms. Wisel will be conducting the workshop, which aims to give a creative outlet to anyone affected by domestic violence.

Ms. Wisel will also be available to sign her short story collection, Driving in Cars with Homeless Men.

Driving in Cars with Homeless Men is a love letter to women moving through violence. These linked stories are set in the streets and the bars, the old homes, the tiny apartments, and the landscape of a working-class Boston. Serena, Frankie, Raffa, and Nat collide and break apart like pool balls to come back together in an imagined post-divorce future. Through the gritty, unraveling truths of their lives, they find themselves in the bed of an overdosed lover, through the panting tongue of a rescue dog who is equally as dislanguaged as his owner, in the studio apartment of a compulsive liar, sitting backward but going forward in the galley of an airplane, in relationships that are at once playgrounds and cages. Homeless Men is the collective story of women whose lives careen back into the past, to the places where pain lurks and haunts. With riotous energy and rage, they run towards the future in the hopes of untangling themselves from failure to succeed and fail again.

We encourage anyone whose life has been touched by domestic violence to attend. Writing materials will be provided. The workshop will be from 2 - 4. 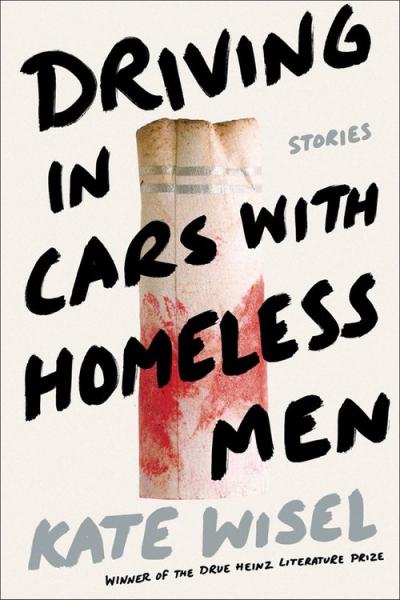 Driving in Cars with Homeless Men is a love letter to women moving through violence. These linked stories are set in the streets and the bars, the old homes, the tiny apartments, and the landscape of a working-class Boston.