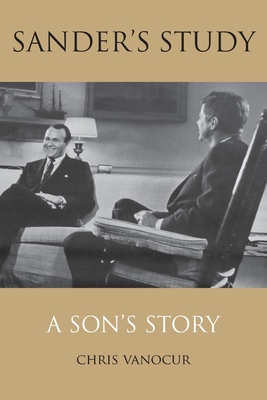 Known as one of America's best political reporters, Sander Vanocur covered every major story and politician of the 1960s. He reported on both John and Robert Kennedy, Dr. Martin Luther King Jr., and Richard Nixon. His reporting assignments took him from the civil rights struggles in the Mississippi Delta to the war-torn Mekong Delta of Vietnam. Fortuitously, this legendary TV reporter saved many of his dispatches and documents from these extraordinary times.

In this deeply personal biography, Vanocur's son-a decorated reporter himself-unearths a treasure trove of historical gems in his father's study. In old and decaying filing cabinets, Chris Vanocur stumbles upon political and family secrets kept hidden for decades. They reveal his dad's notable achievements and his self-described spectacular missteps. It's a highly emotional voyage of discovery for the younger reporter, one which ultimately brings him closer to his father.