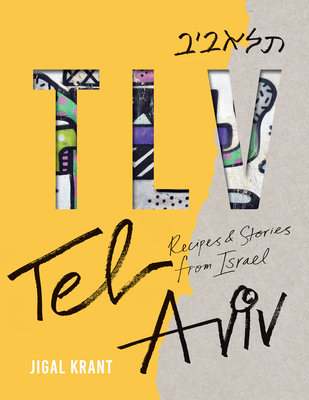 This comprehensive cookbook captures the essence and flavors of Tel Aviv--one of the most food-obsessed cities in the Middle East and in the world.

This book proves it: nowhere on the planet do you eat better than in Tel Aviv. This lavishly photographed cookbook focuses on the colorful streets of this Middle Eastern city. Find recipes for Tel Aviv's unsurpassed fast food like hummus, falafel, shakshuka, and sabich, the popular Israeli sandwich. On these pages you'll also see dishes common to the city's infinite restaurants, where chefs make poetic use of the eating traditions of their immigrant population and Arab neighbors. The result of this creative freedom is a fusion kitchen without rules and taboos.

Nowhere is life celebrated more exuberantly than in Tel Aviv, the happiest and most progressive city in the Middle East. This coastal city is paradise on earth: great weather all year round, beautiful beaches, leading museums, unique architecture, and a flourishing economy. The inhabitants are handsome, young, and creative, and radiate an unbridled zest for life. This zest is captured in the incredible location photography throughout TLV.

This is a cookbook, narrative, and photo essay in one beautiful volume. One day with this book in your possession, and you'll be booking a ticket to TLV as soon as humanly possible.

Jigal Krant is a culinary journalist, filmmaker, and radio producer based in the Netherlands. He has previously produced and presented the popular television program The Kosher Dilemma in the Netherlands, in which he searched for the secrets of Jewish cuisine. With his inspired food columns and recipes, he has built up a loyal fan base. TLV is his first cookbook.