The Amateur: The Pleasures of Doing What You Love (Paperback) 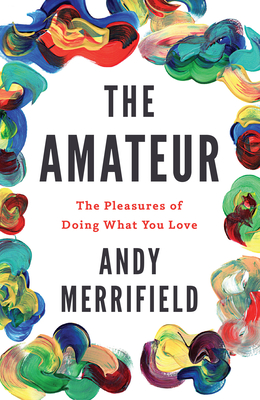 By Andy Merrifield
Email or call for price.
Special Order - Subject to Availability

The word "amateur" comes from the Latin "amator," which means "lover." Contemporaneously, "amateur" is more often used as a pejorative epithet. However, Andy Merrifield wants us to reinvoke the connotation of the lover when we think of amateurs.

One of Merrifield's central aims is to demonstrate why and how 'experts' have become lionized while amateurs, ordinary citizens, have been marginalized. Part of the answer: Big Data and the corporatization of news media and public services. For example, in the 1970s, New York City hired the services of the RAND corporation to help make firefighting services more efficient. I cannot detail all of the evidence presented in the book, but in short, RAND attempted to quantify the unquantifiable when they tried to determine which fire stations were cost-effective. They could not account for every factor and ultimately eliminated crucial fire stations in the South Bronx. Unsurprisingly, entire neighborhoods burned down after the experts finished their analysis.

This is only one instance Merrifield uses to counter the belief that corporations and their experts make public services more efficient. More than just a rejoinder to capitalist, so-called 'pragmatic' technocracy, The Amateur is a celebration of independent thinking and square-peg, leftist politics. Merrifield argues that the lionization of corporate experts is killing curious, independent thinking in almost all spheres of life. He argues that we need to remember and revive the spirit of the amateur, a figure we have unfairly maligned in recent decades. From Franz Kafka to Jane Jacobs, Walter Benjamin to Rachel Carson, Merrifield provides hopeful, historical examples of amateurs who undermined the enemies of independence and curiosity. These people were always on the outskirts of expert circles. It was this outsider perspective and their love for something that allowed them to change the world.

Indeed, Merrifield waxes romantic at times; a small short-coming. Nonetheless, bottom-up dissent is an important tool in a struggle against large, corporate elements. Top-down ideologies that privilege expert pundits effectively bar the ordinary citizen from participation in the polis. The Amateur is a call to action as much as it is an erudite study. Across history, revolutions in philosophy, politics, and the arts began with people who were outside of an expert circle. Oftentimes, society vilified these independent thinkers, only to later recognize them for their contributions. People who loved something enough to become involved and criticize the status quo have paved new ways of thinking and living. We can do the same, but only when we embrace doing what we love over doing what seems practical, easy, and 'efficient.' This book is a timely reminder of, not only how to change the present, but also that the present will change. It is up to us to make sure it changes for the better.

A radical manifesto about doing what you love

Andy Merrifield offers a passionate tribute to the revolutionary spirit of the amateur—a figure who thinks outside the box, takes risks, dreams the impossible dream, seeks independence, and carves out a new world. Merrifield celebrates such square pegs as Charles Baudelaire, Fyodor Dostoevsky, Edward Said, Guy Debord, Hannah Arendt, and Jane Jacobs, each of whom shows us a path of unconventional wisdom and freedom.

The Amateur advocates urgently for the liberated life, one that creates the space to question authority.

Andy Merrifield is the author of nine books. His many articles, essays and reviews have appeared in the Nation, Harper’s, Adbusters, New Left Review, Dissent, the Brooklyn Rail, and Radical Philosophy. He is a prolific writer about urbanism and social theory, with titles credited to him including The New Urban Question and Magical Marxism. He has also published three intellectual biographies, of Henri Lefebvre, Guy Debord and John Berger, as well as a popular travelogue, The Wisdom of Donkeys.

“A satisfying celebration of the ‘great romantic dream … a society that breaks free of the vicious circle of undefined productivity.’”
—Publishers Weekly

“Rather than thinking of amateurs as dabblers, weekend gardeners, busying themselves with unimportant tasks, Merrifield defends the creative and political potential of doing things we love for pleasure. Amateurs take risks, seek independence, innovate by choosing a less obvious direction. By exploring the work of figures like Baudelaire, Dostoevsky, and Hannah Arendt, and their impact on his own professional life, Merrifield succeeds in highlighting the revolutionary spirit of the amateur.”
—The Idler

“Here amateurs (a word derived from the Latin ‘to love’) are non-alienated citizens; enthusiasts, who counter the mechanical expertise and technical formalism of modern society; passionate obsessives standing up for values that need defending. Merrifield, an urban theorist who writes with a brio and wit often missing in professional academics, offers an idiosyncratic canon (Dostoevsky, Jane Jacobs, Edward Said) in which he holds up amateurs as outside-the-box thinkers, inter- and post-disciplinary radicals. It’s a stirring book whose critique of contemporary work culture will be instantly recognisable. It also doubles as a moving memoir of a working-class intellectual.”
—Sukdev Sandhu, Observer

“A celebration of brilliant quirks, hobbyists both talented and not, and passionate activists, a full-frontal assault on professionalism, and a call to cherish our amateur pursuits … Delightful to read, The Amateur is also a timely salvo.”
—Miya Tokumitsu, Frieze

“This elegant polemic is a persuasive manifesto for amateurism.”
—Daily Mail

“Provides a much needed take-down of the social legitimacy and sense of virtue with which the professional class has been endowed. It’s a critique of professionalism—and an urgently needed one.”
—PopMatters