The Science of Getting Rich: Original Unedited Edition (Paperback) 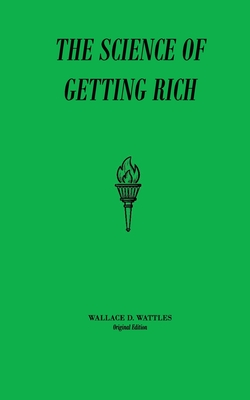 THIS book is pragmatical, not philosophical; a practical manual, not a treatise upon theories. It is intended for the men and women whose most pressing need is for money; who wish to get rich first, and philosophize afterward. It is for those who have, so far, found neither the time, the means, nor the opportunity to go deeply into the study of metaphysics, but who want results and who are willing to take the conclusions of science as a basis for action, without going into all the processes by which those conclusions were reached. It is expected that the reader will take the fundamental statements upon faith, just as he would take statements concerning a law of electrical action if they were promulgated by a Marconi or an Edison; and, taking the statements upon faith, that he will prove their truth by acting upon them without fear or hesitation. Every man or woman who does this will certainly get rich; for the science herein applied is an exact science, and failure is impossible. For the benefit, however, of those who wish to investigate philosophical theories and so secure a logical basis for faith, I will here cite certain authorities. The monistic theory of the universe the theory that One is All, and that All is One; That one Substance manifests itself as the seeming many elements of the material world -is of Hindu origin, and has been gradually winning its way into the thought of the western world for two hundred years. It is the foundation of all the Oriental philosophies, and of those of Descartes, Spinoza, Leibnitz, Schopenhauer, Hegel, and Emerson. The reader who would dig to the philosophical foundations of this is advised to read Hegel and Emerson for himself. In writing this book I have sacrificed all other considerations to plainness and simplicity of style, so that all might understand. The plan of action laid down herein was deduced from the conclusions of philosophy; it has been thoroughly tested, and bears the supreme test of practical experiment; it works. If you wish to know how the conclusions were arrived at, read the writings of the authors mentioned above; and if you wish to reap the fruits of their philosophies in actual practice, read this book and do exactly as it tells you to do.

Wallace D Wattles - (1860 - 1911) was an American author. A New Thought writer, he remains personally somewhat obscure but his writing has been widely quoted and remains in print in the New Thought and self-help movements. Wattles' best known work is a 1903 book called The Science of Getting Rich in which he explained how to become wealthy.